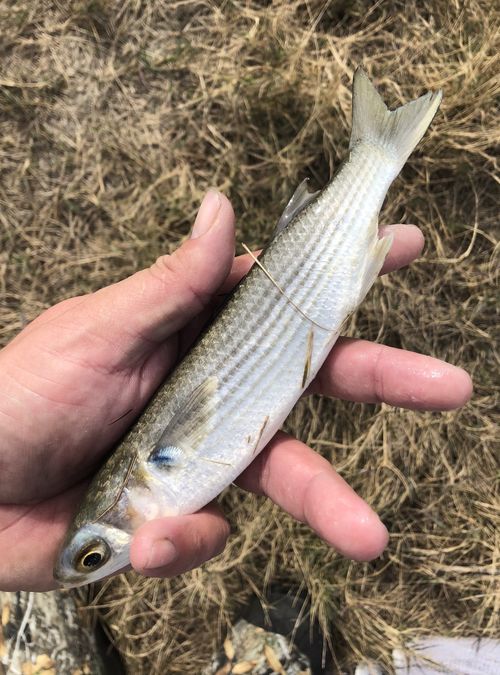 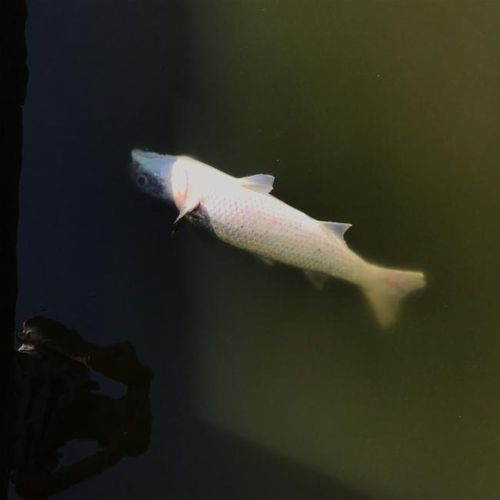 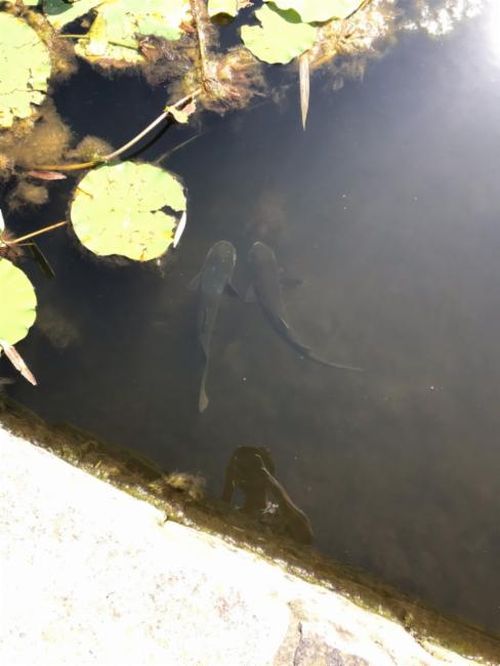 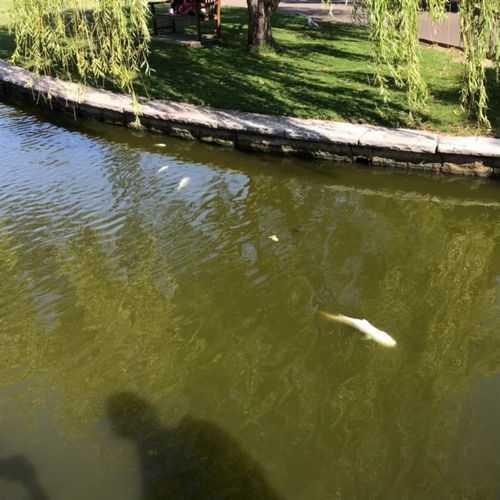 Cosmopolitan in coastal waters of the tropical, subtropical and temperate zones of all seas. Eastern Pacific: California, USA to Chile (Ref. 2850). Western Pacific: Japan to Australia (Ref. 9812). Western Indian Ocean: from India to South Africa (Ref. 4393). Western Atlantic: Nova Scotia, Canada to Brazil (Ref. 7251); Cape Cod to southern Gulf of Mexico (Ref. 26938); absent in the Bahamas and most of West Indies and Caribbean (Ref. 7251, 9761). Eastern Atlantic: Bay of Biscay to South Africa, including the Mediterranean Sea and Black Sea (Ref. 7399). Reported in Sea of Okhotsk (Ref. 50550).

The morphometric measures of M. cephalus and M. liza are shown in Table 1 . The mean values of all measurements are similar between the two species except the distance from the snout to the origin of the dorsal fin, which is much larger for M. liza . In this case, the beginning of the dorsal fin is located towards the distal zone while in M. cephalus the beginning of the dorsal fin has an anterior location. Also, the body width is greater in M. liza than in M. cephalus , which appears more robust. This fact has also been recognized by Harrison ( 2002 ) who mentions that the ratio of body depth to standard length in M. liza ranges from 17 to 23 % while values of 24 to 28 % are common in M. cephalus . Even if the majority of the mean values of the morphometric variables are similar, ranges are generally wider in M. cephalus . In M. liza , adipose tissue around eye is almost absent and the hind edge of the preorbital extends beyond the corner of the mouth. The preorbital ends before the end of maxilla ( Figure 3 ). The second dorsal and the anal fin of M. liza have no scales in the basal parts. Anal fin has 3 spines and 8 soft rays in adults; usually 2 spines and 9 soft rays in juveniles about 30 mm or less in standard length in both species.

In the species identification keys of Thomson ( 1997 ) and Harrison ( 2003 ) the criterion to differentiate between M. cephalus and M. liza is the number of scales in the longitudinal series, being 34 or fewer for M. liza ( Thomson, 1997 ) and greater than 34 for M. cephalus (Harrison, 2003 ) . Misidentification of these two species may be due to the fact that among the mullets of the Western Atlantic, these are the largest and attain similar sizes: M. cephalus reaches 120 cm and M. liza reaches 100 cm .

Harrison ( 2003 ) illustrates the presence of M. cephalus in the Gulf of Mexico , which is supported by data presented here; Álvarez-Lajonchere (personal communication) does not accept that its distribution range reaches the Caribbean Sea. The presence of M. liza in the Caribbean has been shown by Álvarez-Lajonchere ( 1978 a ; 1978 b ), and its presence is confirmed in the Gulf of Mexico with specimens catalogued as CNPE-IBUNAM 757 captured in the coastal waters of Veracruz, Mexico , as well as other evidence documented by Castro-Aguirre et al. ( 1999 ) .

FIGURE 4. Comparative plots of number of transverse scale rows among Mugil cephalus from the Gulf of Mexico, Mugil cephalus and Mugil liza according to Menezes et al. (2010).

The meristic and morphometric measures of M. liza from the Gulf of Mexico are contained within the ranges showed by Menezes et al. ( 2010 ) . No comparison of Mexican samples was included in figures and tables here since only seven specimens were reviewed in the Gulf of Mexico and this could bias the information.

FIGURE 5. Comparative plots of number of circumpeduncular scale rows among Mugil cephalus from the Gulf of Mexico, Mugil cephalus and Mugil liza according to Menezes et al. (2010).

FIGURE 6. Comparative plots of number of longitudinal scale rows among Mugil cephalus from the Gulf of Mexico, Mugil cephalus and Mugil liza according to Menezes et al. (2010).

Morphometric measurements were not significantly in different individuals from different sites along the coast of the Gulf of Mexico . However, the number of scales of the transverse and longitudinal series (p < 0.05 ) was significantly different among sites. Although the median number of scales in the longitudinal series is identical in six of the seven sites, there is a pattern that emerges considering specimens obtained from sites in Florida (FL), Alabama (AL), and Mississippi (MS) and those caught in Louisiana (LA), Texas (TX), and Veracruz (VE). Differences seem to be determined geographically by the coastal areas east and west of the Mississippi River. The number of scales in the longitudinal series of specimens caught in Yucatan (YU) is different from the others ( Figure 8 ).

The number of scales in the transverse series shows differences in individuals obtained east and west of the Mississippi River. The most frequent number of scales in the transverse series for individuals from locations in Louisiana, Mississippi, Alabama, and Florida was 13 scales, found in 62.8 to 79.2 % of the specimens analyzed. In the southern areas, such as Texas, Tamaulipas, and Veracruz, 14 transverse scales were counted in 77.2 %, 91.1 %, and 69.5 % of analyzed specimens. In individuals from Yucatán, 13 transverse scales were counted more frequently ( Table 2 ).

TABLE 2. Percentage frequency of transverse scale number for Mugil cephalus from the Gulf of Mexico. Higher values in bold.

FIGURE 7. Regression of number of gill rakers vs . standard length for Mugil cephalus specimens from the Gulf of Mexico.

According to our data, a pattern of variation exists in individuals obtained east and west of the mouth of the Mississippi. Those from Yucatan have unique characteristics relative from specimens obtained in other Gulf sites particularly when considering the number of scales in the longitudinal series. A microsatellite study conducted by Colin ( 2014 ) suggests that there is a trend in the genetic differentiation that supports the hypothesis that, within the Gulf of Mexico , this species is structured with at least three subgroups: the Mississippi, the Caribbean, and the Gulf, possibly separated by the prevailing circulation pattern. Zavala-Hidalgo et al. ( 2003 ) noted that there is a seasonal current from Louisiana and Texas towards Tamaulipas and Veracruz, which is well established from September to March; a reverse direction is observed from May to August. Different counts in the scales both of the longitudinal and transverse series were found in individuals from these two areas.

In conclusion, morphometric and meristic results are evidence of the presence of M. cephalus in the Gulf of Mexico and clarify doubts on its distribution in the northwest Atlantic. The sympatric presence of M. liza is confirmed although its abundance seems to be low.