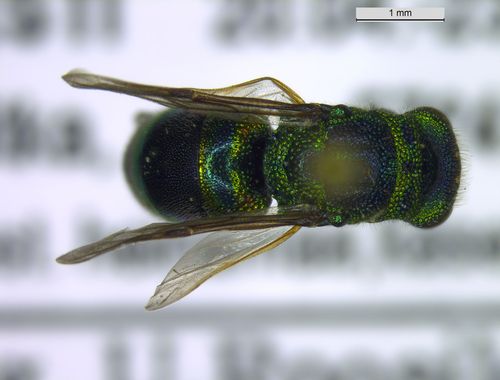 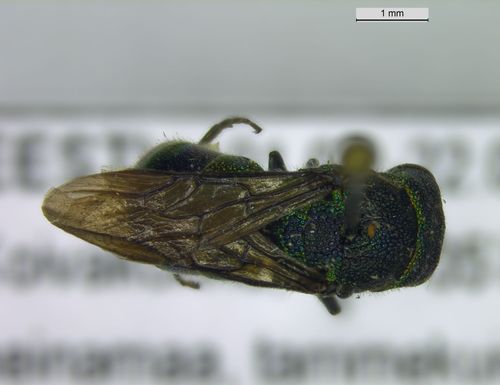 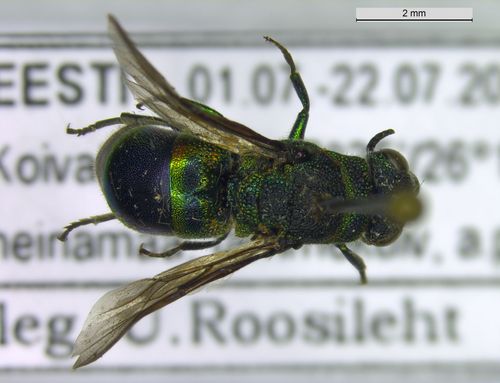 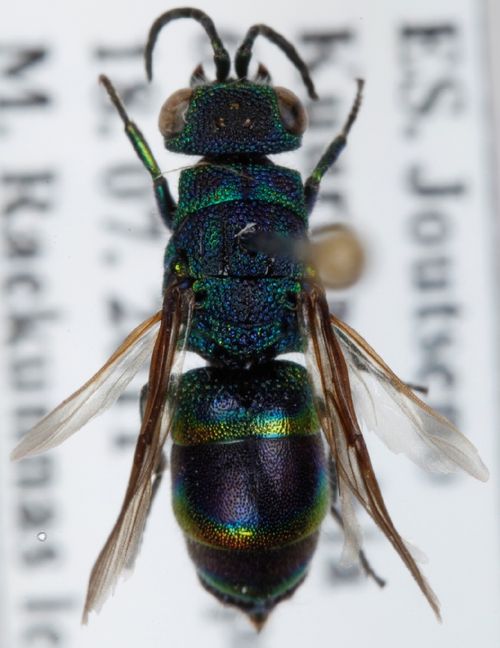 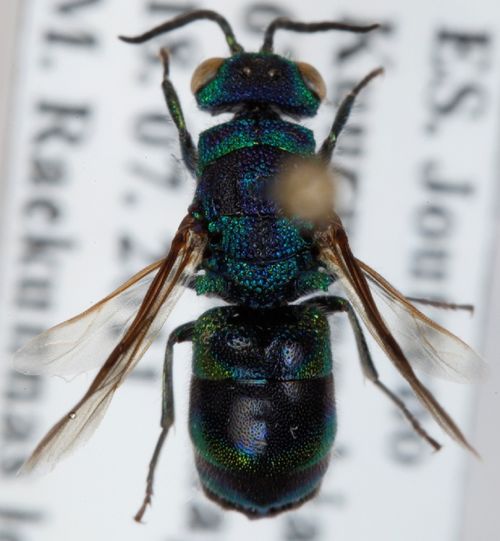 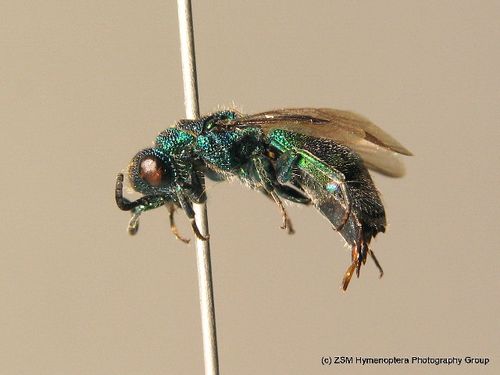 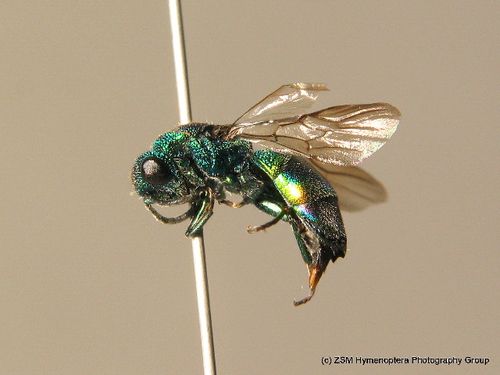 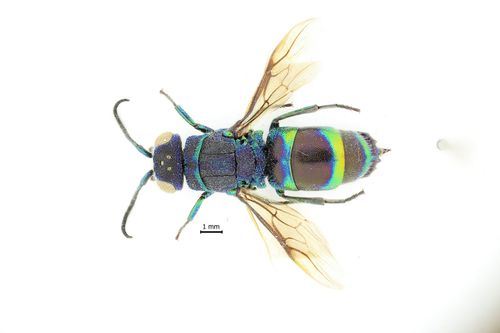 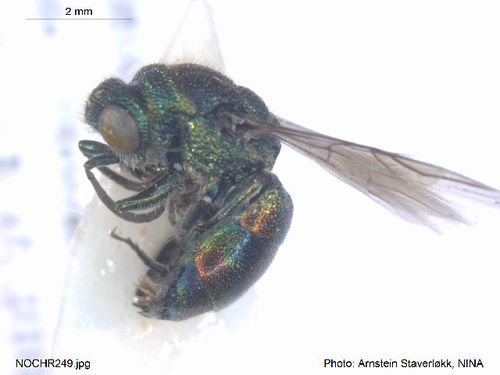 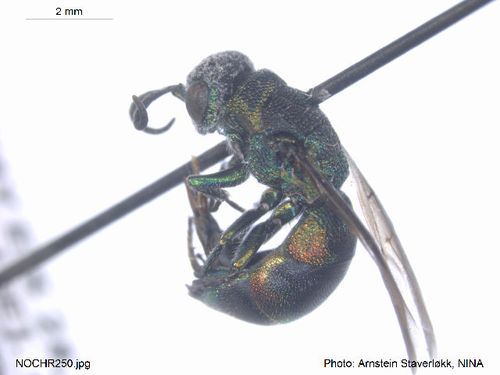 Diagnosis. Length 7 - 10 mm. Both sexes have a mostly dark blue or black, partially violet, body with green reflections on the frons, margins of the pronotum, mesoscutum, mesoscutellum and mesopleuron. The tergites have contrasting golden red or golden green bands posteriorly (except on the apical rim), which are especially wide laterally on T 1 and T 2. The colour and form of the bands is quite variable, usually they are wider and more reddish in the female than in the male. The species closely resembles Chrysis zetterstedti, but is characterised by the following differences: the black spots of S 2 are narrower, usually not extending to the lateral margins of the sternite (Fig. 112), T 5 of the female (on ovipositor) is broader and has a longitudinal medial groove (Fig. 89), the head is broader, especially in female (shortest distance between the compound eyes is slightly longer than the diameter of an eye) (Fig. 151), the gonostyle is shorter, the cuspis is apically curved (not straight) (Fig. 134), and the propodeal tooth is slightly convex or straight ventrally (not lobate).