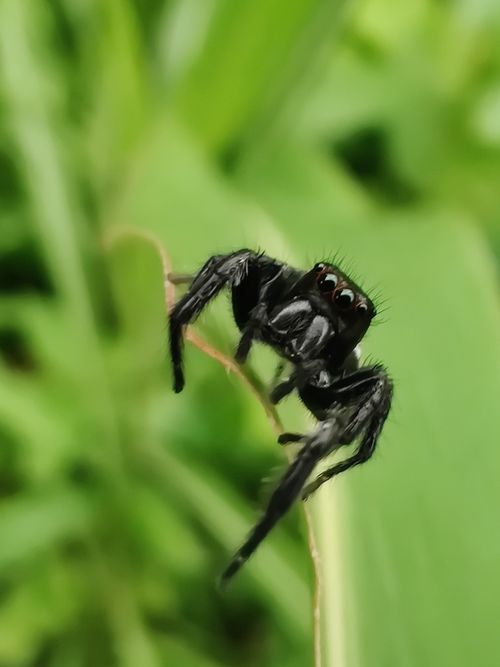 Although we have been unable to borrow the male holotype of Mashonarus davidi, our colleague John Caleb (Kolkata, West Bengal, India) has re-examined the type at our request and photographed the expanded palp of both the holotype and an additional male (Figs 504–506). The leg formula of both studied males of M. davidi (III,IV,I,II) corresponds to that of many aelurilline genera, including Stenaelurillus, and its body colour pattern (see figs 16–20 in Caleb et al. 2015) and cheliceral dentation

(Fig. 506) are also similar to those of many species of Stenaelurillus. However, the conformation of the copulatory organs in both males is typical of Phlegra Simon, 1876: viz., the narrow, elongated bulbus flattened in a dorso-ventral direction, two tibial apophyses, the presence of a cymbial lateral projection (= tutaculum), the spiralled embolus that is similar to that of representatives of the bresnieri species group, and the thickened first pair of legs. Besides, the true tegulum (see above, p. 9) is not seen in the expanded palp of M. davidi (Figs 504–505), as compared to true species of Stenaelurillus (Figs 33, 39, 90, etc.). Therefore, it is safe to conclude that this species is better transferred to the genus Phlegra.