Vijay Barve of India, Lily Shrestha of Nepal, and Chihjen Ko and Melissa Liu from Taiwan have signed one-year contracts to assist the teams responsible for a dozen projects recently funded through the Biodiversity Information for Asia (BIFA). The four consultants will share guidance on best practices, provide help desk services, and mentor project-team members across South-East, South and North-East Asia to help them establish and maintain connections across GBIF's regional network.

"We welcome them to these new roles, which are an important step towards strengthening regional capacity and diversifying GBIF," said Tanya Abrahamse, chair of the GBIF Governing Board.

The contractors' appointments respond to two recommendations in the CODATA 20-Year Review of GBIF to strengthen its nodes by stabilizing and extending the regional networks and to build participation in the global East. Those recommendations are fundamentally aligned with the goals of the BIFA programme funded by the Ministry of the Environment, Government of Japan as well as GBIF's remit within the EU-funded SYNTHESYS+ project to expand international cooperation with scientific collections in underrepresented regions.

"Nature knows no borders, and it's critical we develop and extend the network of experts in areas where the most biodiversity resides,," said Vince Smith, head of Diversity and Informatics at the Natural History Museum, London, and principal investigator for SYNTHESYS+. "Vijay, Lily, Chihjen and Melissa will be able to provide critical assistance to many biodiversity information projects across Asia, and I am delighted that SYNTHESYS+ has been able to support this work." 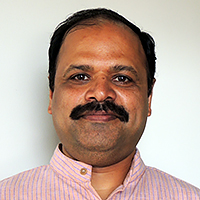 Vijay Barve is an independent researcher in biodiversity informatics and citizen science who's returning to his native India after more than a decade studying and working in the United States. Dr Barve's professional and academic career has centred on assembling, enabling and exploring biodiversity data in an Asian context. He has trained younger scientists from more than a dozen countries in Asia, Africa and the Americas while working in IT support and academic roles. His depth of experience within numerous biodiversity informatics initiatives extends into the GBIF community as a biodiversity open data ambassador, a contributor to two second-prize winners in the Ebbe Nielsen Challenge (in 2018 and 2019) and a winner of the 2014 Young Researchers Award. 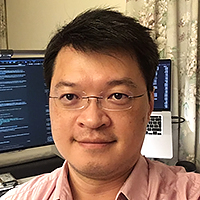 Chihjen Ko is an independent consultant with deep roots in the GBIF community, both as a former node manager and staffer at TaiBIF and a long-time member of the GBIF Secretariat in Copenhagen. In these roles, Mr Ko has promoted data standards, developed tools and data-driven websites, prepared documentation, managed projects, implemented data-sharing policies and provided help-desk services, both online and in-person. The connections running through all these experiences remains linked with his consultancy's focus on supporting taxonomic and collections-based research, particularly by graduate students, with the aim of improving overall data quality. 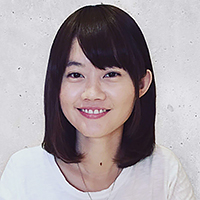 While serving as content manager for TaiBIF for the past three years, Melissa Liu has focused on promoting the use of biodiversity data standards and helping researchers, museum curators, and public and nongovernmental staff publish data using the GBIF Integrated Publishing Toolkit (IPT). She also facilitated the establishment of the Taiwan Biodiversity Information Alliance (TBIA), a multi-agency partnership aimed at standardizing and integrating a shared data platform to facilitate conservation efforts and raise environmental awareness on the island. This experience has highlighted for Ms Liu how critical it is for data-mobilizaton projects not just to resolve technical issues, but also to address wider social and cultural challenges to data sharing. 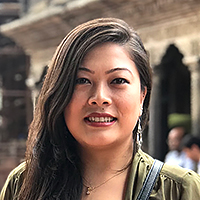 During her recent tenure as research associate at International Centre for Integrated Mountain Development (ICIMOD), Lily Shrestha focused on analysing and documenting biodiversity in the transboundary landscapes of the Hindu-Kush Himalaya and assisted colleagues with preparing several datasets for ICIMOD's Hindu-Kush Himalaya BIF platform (HKHBIF). This hands-on involvement in the work of data collection and preparation provided her with in-depth knowledge of relevant standards, tools and methods for data cleaning, validation and publication, as well as a broader perspective about how effective project management can establish proper goals, objectives and interventions. Ms Shrestha is a visiting faculty member at Golden Gate International College in Nepal, where she applies mentoring skills and helps students provide open access to the biodiversity data they produced in their academic research.

Funding for the regional support contracts comes from SYNTHESYS+,
funded by the European Union.

The Biodiversity Information Fund for Asia is supported by
Ministry of the Environment, Government of Japan.