GBIF's voting participants have elected Dr Liam Lysaght of Ireland as chair of the GBIF Governing Board.

The election was carried out electronically and announced at the Governing Board's 29th meeting in Brussels (GB29)—its first in-person gathering in three years.

Lysaght takes over the role from Dr Tanya Abrahamse of South Africa, who concluded her five-year term at GB29, having served as GBIF’s longest-serving chair due to an extension brought about by the COVID-19 pandemic.

In remarks made during the Brussels meeting, Lysaght said: “The global biodiversity crisis provides a strong rationale and, really, a moral imperative for GBIF, and we need to bring that to the forefront of the work we do across the network.”

Lysaght is the director of the National Biodiversity Data Centre, which manages data and information on Ireland's biological diversity and hosts the GBIF national node. Trained as a geographer at Trinity College Dublin, he has served as both the GBIF Head of Delegation and node manager for Ireland. He worked previously on protected area management for the National Parks & Wildlife Service in Ireland and provided independent policy advice while employed at the Heritage Council, a statutory advisory council to the Irish Government. Lysaght assumes the chair following a five-year term as 1st vice chair of the GBIF Budget Committee and a previous stint on the Nodes Steering Group as deputy regional representative from Europe and Central Asia from 2017 to 2019.

During his closing remarks in Brussels, Lysaght asserted that GBIF is in a strong position due to the quality, clarity and strategic nature of the work performed by the Secretariat and network staff. Expressing his thanks to the delegates who entrusted him with what he described as "this hugely important role," he offered special thanks to Peter Schalk, outgoing budget chair and previous chair of the Governing Board. In closing, Lysaght offered his "really special and heartfelt thanks to Tanya Abrahamse for the super job that she's done in steering GBIF through the very difficult period of the COVID-19 pandemic."

"Liam is an ideal choice to chair the Governing Board at this phase in GBIF’s mission," said Abrahamse. "With skills and experience across all areas of our value chain and considerable negotiation and community consultation involvement, he will inject a sense of urgency into our drive to understand global risks from the existential threats of climate change and biodiversity loss." 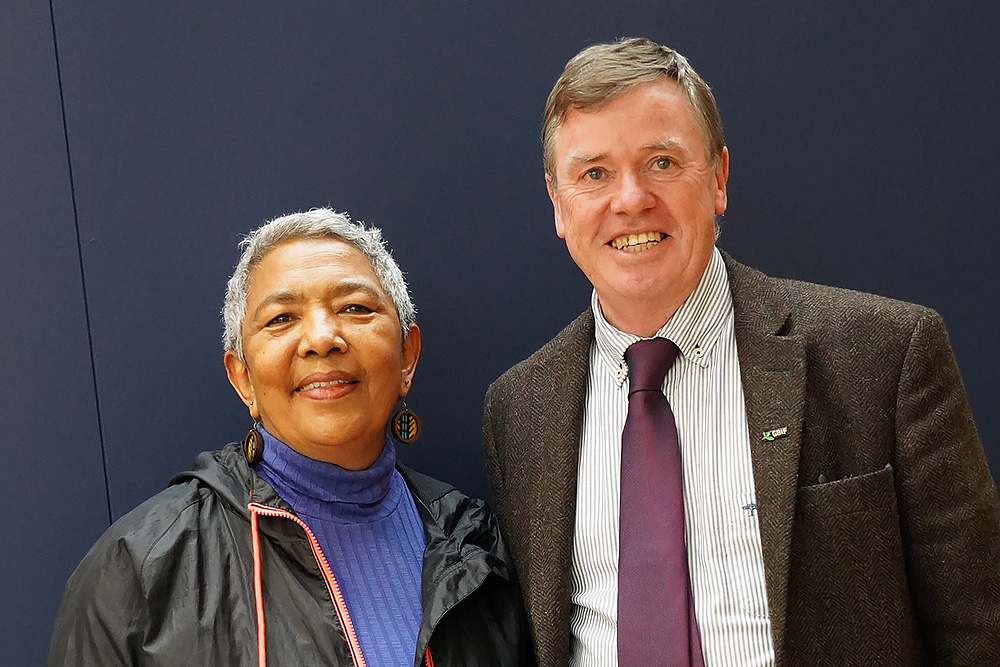 “We feel privileged to have Liam Lysaght as our new chair and warmly congratulate him on his election,” said Christoph Haüser, deputy director general of Museum für Naturkunde and 3rd vice chair of the GBIF Governing Board. “With his in-depth knowledge of GBIF and his experience working on the ground with key networks and communities, Liam will help us bridge the political and technical aspects of our work, particularly in areas like biodiversity conservation that rely increasingly on GBIF across national, regional and international scales.”

“The work that GBIF does is hugely important," Lysaght concluded, "and we need to appreciate the fact that we've got a huge responsibility for humanity."

The new chair will join the GBIF Executive Committee along with two other newcomers: