South Africa has leveraged its membership of GBIF to grow and strengthen networks and capacity in biodiversity informatics and to enhance data mobilization efforts nationally. This ensures that data supports key outcomes for economic, societal and policy-relevant outcomes like global change, national developmental outcomes and the bio-economy.

History of the South African node and current drivers

The signing of the GBIF Memorandum of Understanding by the Department of Environmental Affairs and Tourism in 2003 and the subsequent investment by the Department of Science and Technology (DST)—now the Department of Science and Innovation (DSI)—provided the impetus for enhanced data mobilization through the establishment of the South African Biodiversity Information Facility (SABIF), now the South African National Biodiversity Institute – Global Biodiversity Information Facility (SANBI-GBIF). This also provided the foundations for establishing a national community working towards a common goal, supporting “free and open access to biodiversity data”, with institutions sharing biodiversity data via the internet.

A significant driving factor for SANBI-GBIF is the South African Government's commitment to the mobilization of biodiversity data towards essential policy-driven obligations, such as Global Change and the Bioeconomy. As data is collected and shared, there is a clear pathway to contribute to meeting conservation priorities or socio-economic outcomes, supporting sustainable development.

Early seed funding from SABIF for national data mobilization proved that the South African biodiversity data landscape is fragmented, with data scattered across institutions. This called for a more strategic and prioritized approach to data mobilization targeting multi/cross-institutional projects focusing on taxa of particular concern or with a specific functional relevance.

This approach was further enhanced, following the establishment of the Foundational Biodiversity Information Programme in 2013, managed jointly by SANBI and the National Research Foundation (NRF), and funded by the DSI. This programme encourages a more integrated mechanism for supporting national data mobilization efforts, ensuring institutional collaboration and that data mobilized from the South African community supports societal benefits and meets developmental outcomes directly. The focus areas for projects are:

The SeaKeys initiative - an example of the impact of data mobilization

Through this initiative, critical knowledge was produced to support policy outcomes including species red-listing, ecosystem classification, description and mapping, and fisheries, seabed mining and petroleum management, and national biodiversity reporting.

A significant highlight of the SeaKeys initiative was supporting the Department of Environmental Affairs in the development of new Marine Protected Areas. The SeaKeys initiative and project outputs were presented to Ministers, Cabinet and government decision-makers in 2018, as a contribution to Operation Phakisa. This culminated in approval to proclaim 20 new Marine Protected Areas for South Africa, advancing ocean protection from 0.5 per cent to 5 per cent.

Several factors have led to the success of the South African GBIF community and Node, now sharing more than 28M biodiversity data records. These factors include: 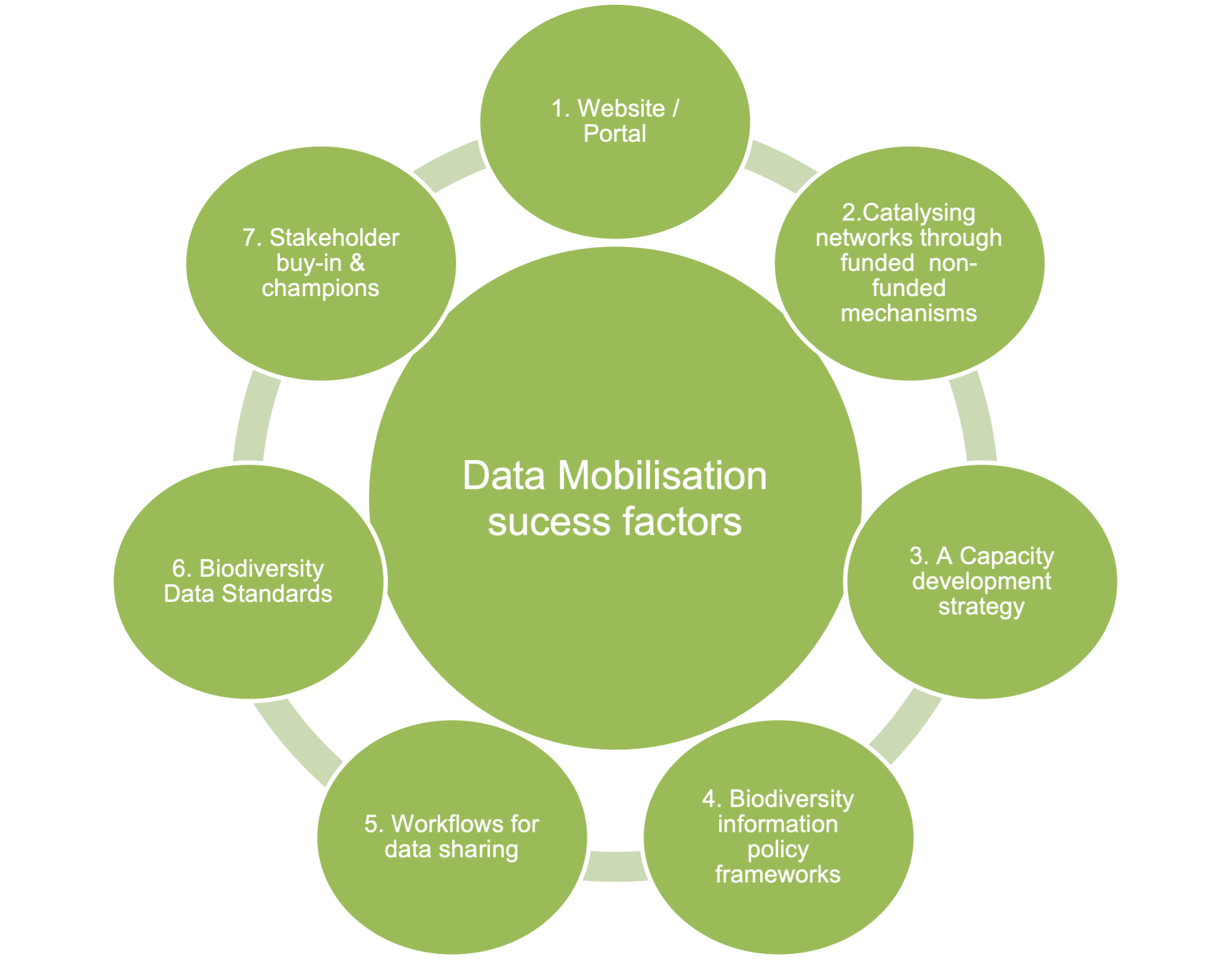 How others can learn from this example

This showcase provides an example of the efforts in South Africa to mobilize data. It outlines some of the key factors put in place to enable data mobilization (Figure 1). It also indicates the decisive role that the government has played to ensure that biodiversity data supports strategic policy drivers.

For more information on activities of the South African GBIF node and development of a value proposition, please visit the node website or contact the node manager directly.