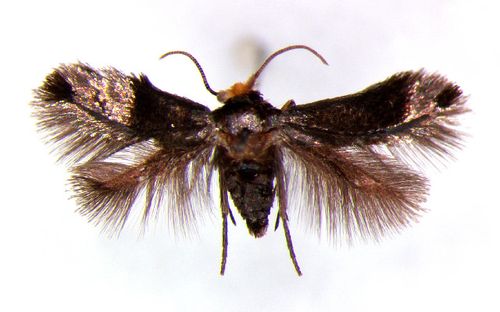 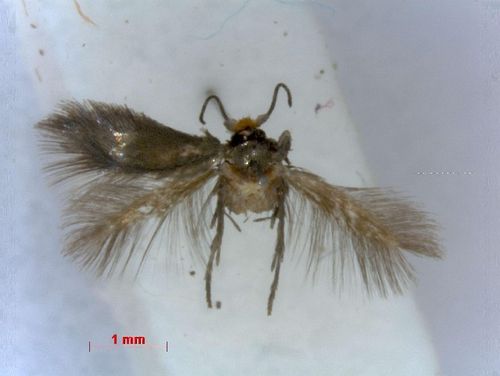 Diagnosis. The combination of a black or very dark brown scaling of the adult, U-shaped gnathos, gradually narrowed valva with a small slender apical process, and an unusual set of two very large cornuti in the phallus distinguishes S. gallicola Nieukerken & Nishida from all other Stigmella.

Remarks. This remarkable species was originally included in our manuscript as a new taxon (manuscript prepared 2015) on the basis of a single male specimen and, therefore, deposited in the USNM collection as holotype of S. " eunigra ". However, prior to publication of this paper, the species was described by van Nieukerken et al. 2016, and thus in the current paper we provide additional photographs and drawings, and additional information on the male morphology and adult activity.

Etymology. The specific name is a noun in apposition, derived from the Latin noun galla (= gall) and suffix - cola, " dweller in ".