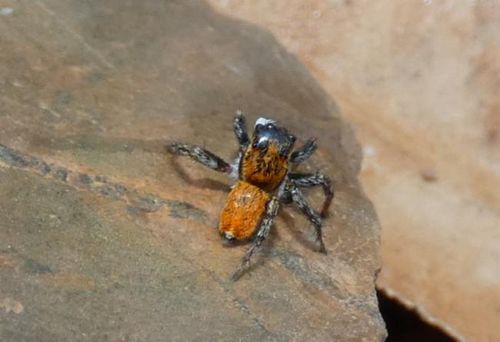 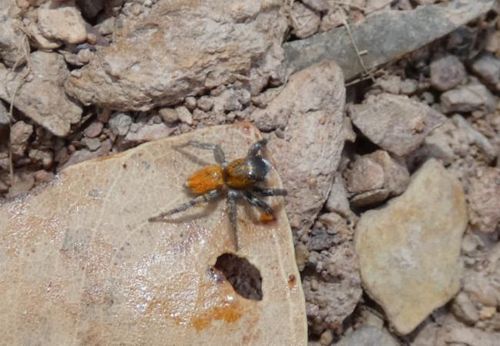 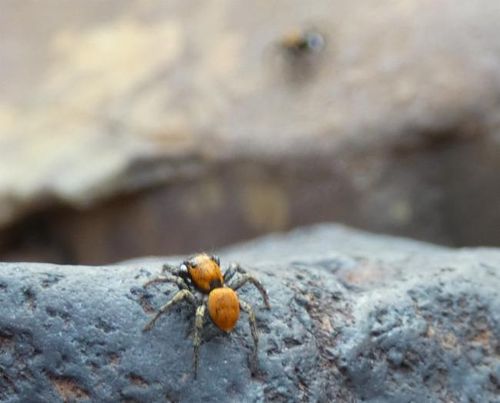 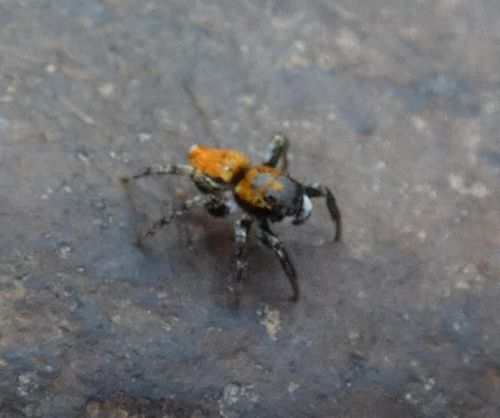 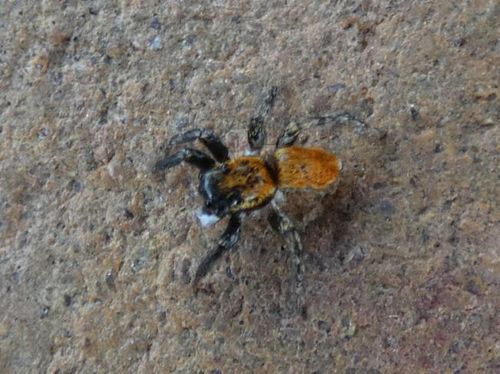 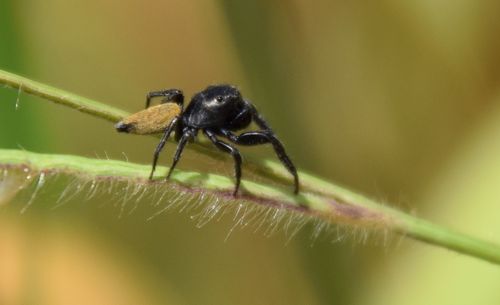 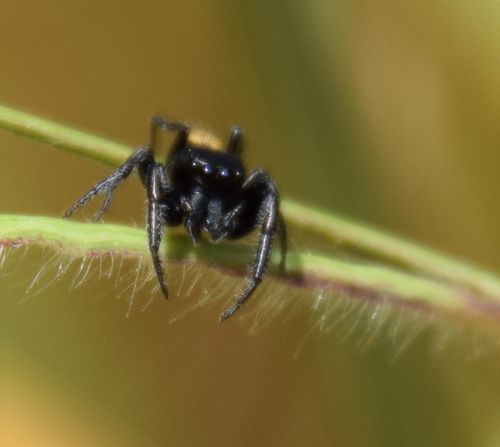 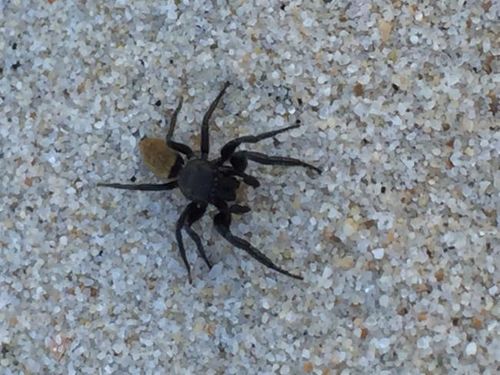 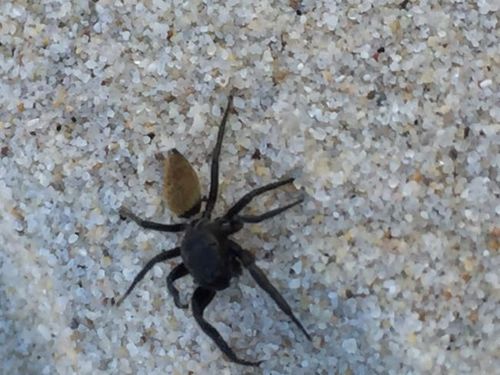 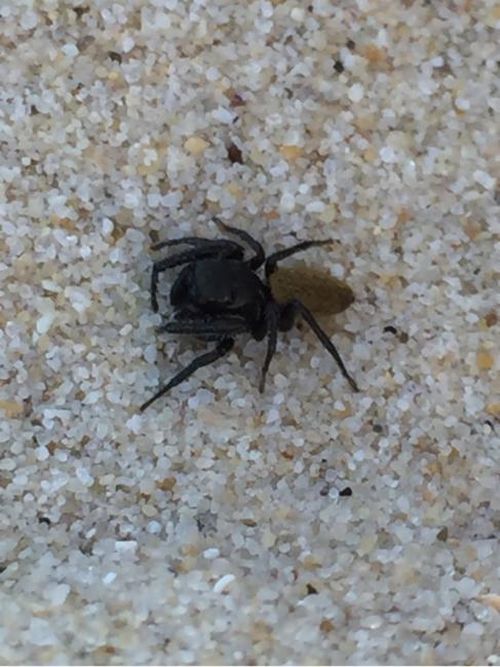 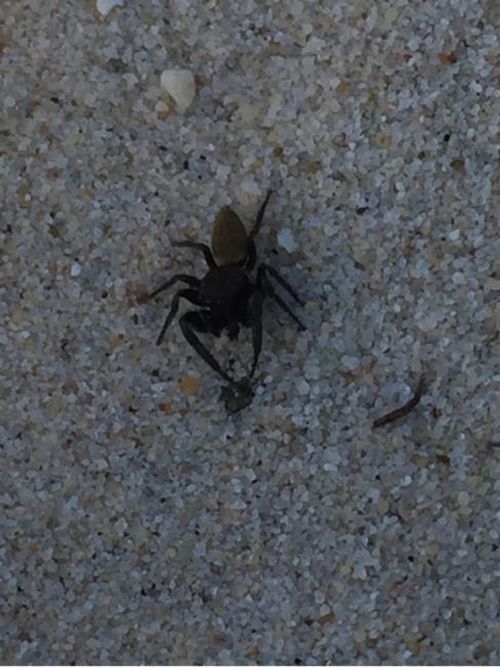 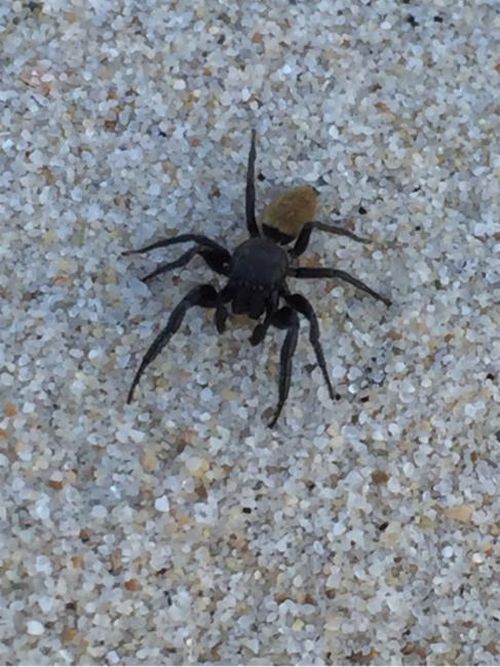 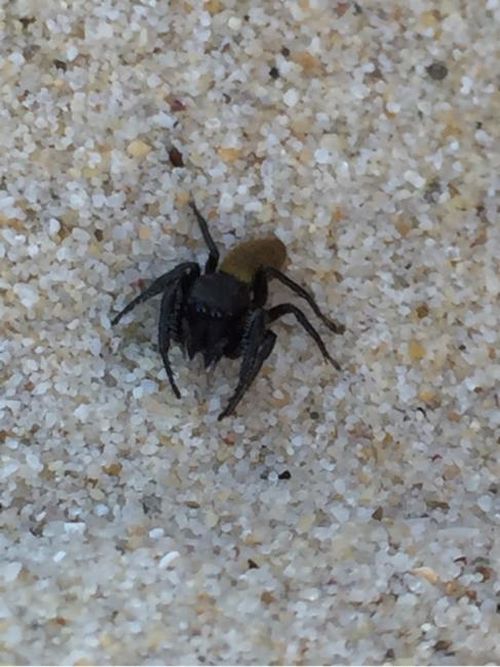 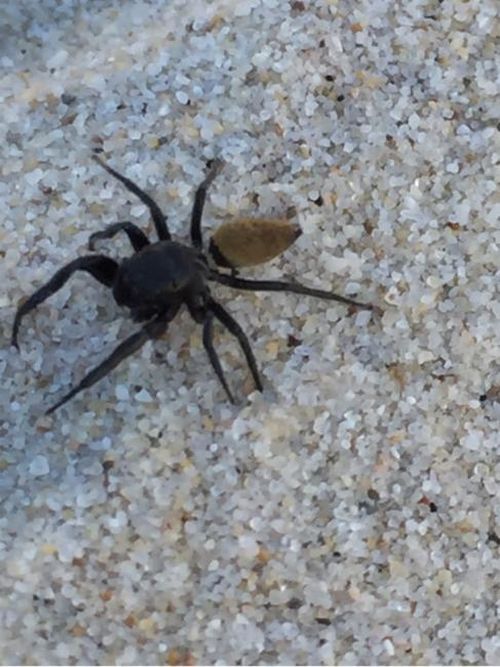 Diagnosis. Externally, cephalothorax (Figs 117, 118,121, 122) very similar to P. waldockae sp. nov. (134, 135, 138, 139). The abdomen is light brown with a distinctive brown pattern in both sexes, unlike P. waldockae, in which the female has a different brown pattern and the male is black with four pairs of white dots. The epigyne (Figs 130 – 132) includes a pair of large atria with sclerotised margins in both species, however the lateral margins are wave-shaped in P. semiferruginea, unlike the smooth curve seen in P. waldockae (Figs 146, 147, 148). The copulatory openings are broad and extend partially along the median side of the atria, unlike the smaller openings in P. waldockae that only open into the posterior end of the atria. There is a large median pocket in the epigastic fold, unlike the smaller pocket seen in P. waldockae. The embolus (Figs 125 – 129) is strongly built in both species; however, it consists of a straight narrow distal half in P. semiferruginea arising from a broad base and with heavily sclerotised bumps along the posterior edge. In P. waldockae (Figs 142 – 144) the embolus is thick throughout its length with a bifurcate distal end.

Remarks: The general morphology of the males and females of these medium-sized species differ. The males have a slenderer build and much longer, more gracile, limbs. Unlike the females, and the males and females of other groups in the genus, males of this group can be collected from foliage as well as from the, more usual, litter habitat. Well marked white striae are found on specimens of both sexes. In the females there are two large atria with well sclerotised margins. The insemination ducts rise from the posterior margin through spout-like entrances and pass laterally to the spermathecae, which are placed laterally and very close to the epigastic fold. Each fertilization duct arises from a diverticulum placed on the median edge of the spermatheca. The epigastric fold is well sclerotised and includes a distinct median pouch.

The tegulum has a large ventral bulge. The endites in males are laterally extended. The origin of the embolus is on the proximal anterior edge of the tegulum. It is strongly built, but varies greatly in form from species to species. Several more species that can be placed in this group have been discovered very recently in Australia (author unpubl., R.J. Whyte, pers. com.). Included amongst these are males of species showing embolus morphology of several stages in the evolution from a more typical form to the extreme seen in P. waldockae.