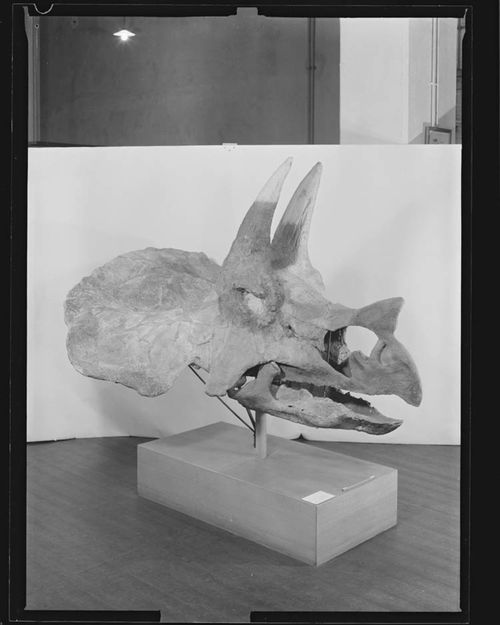 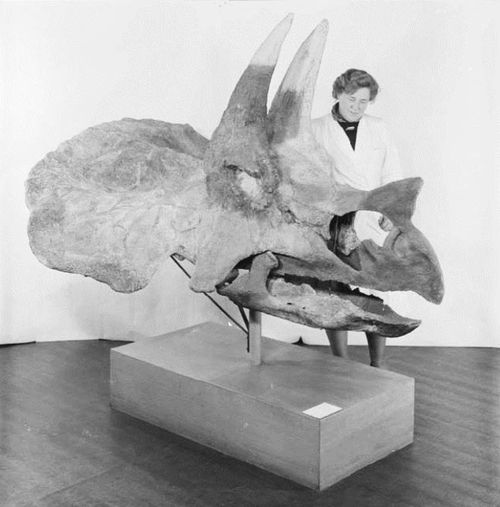 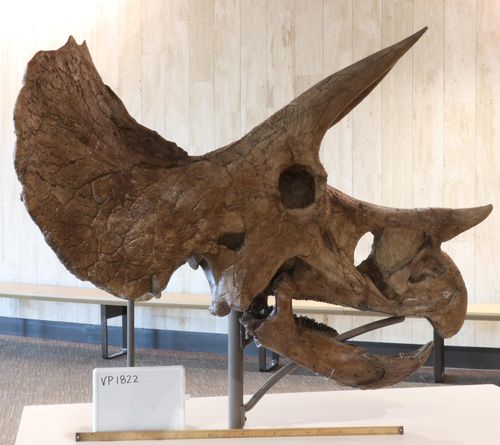 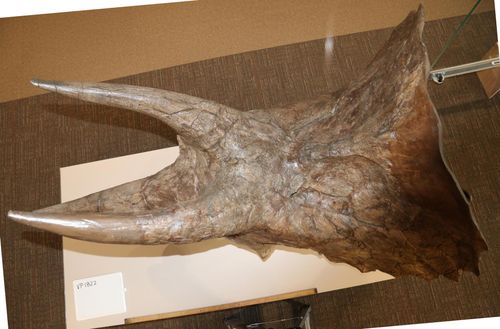 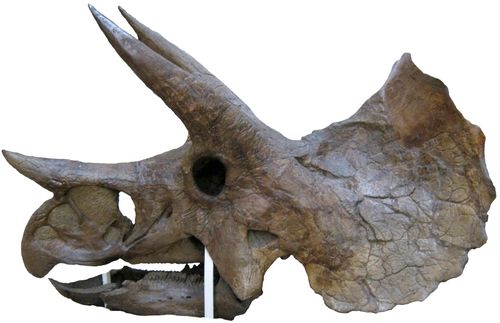 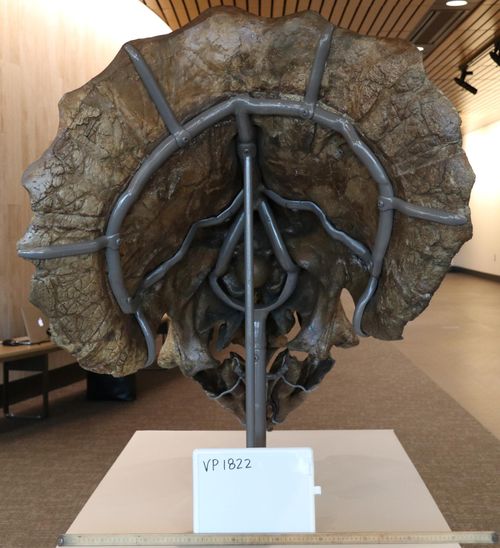 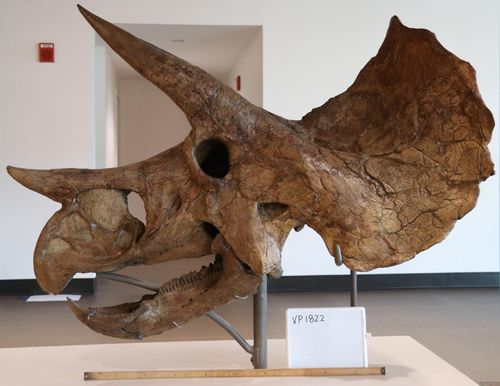 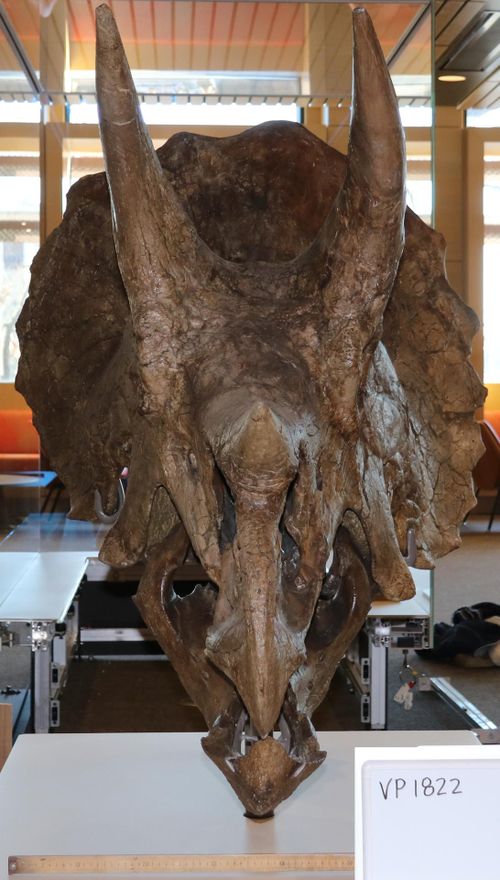 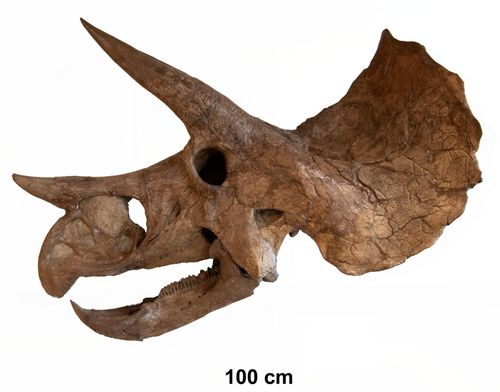 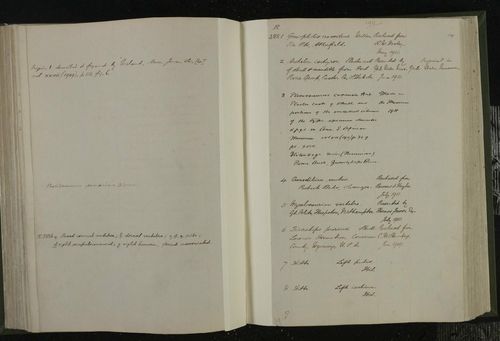 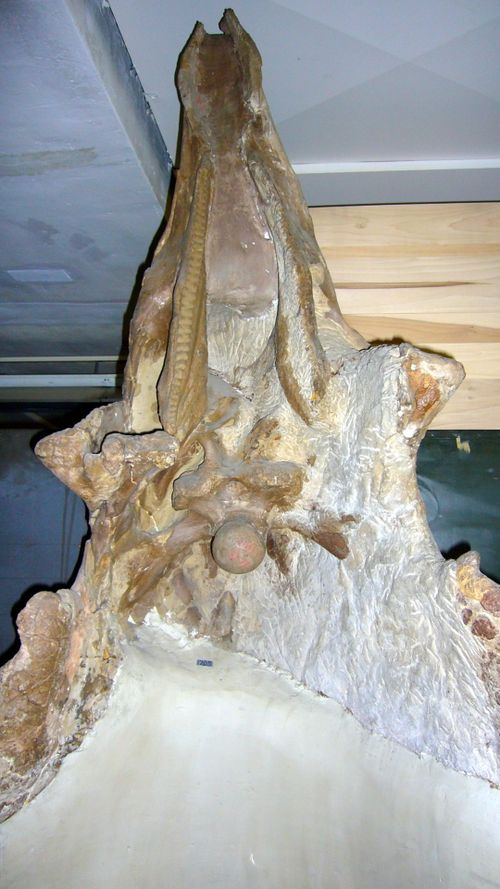 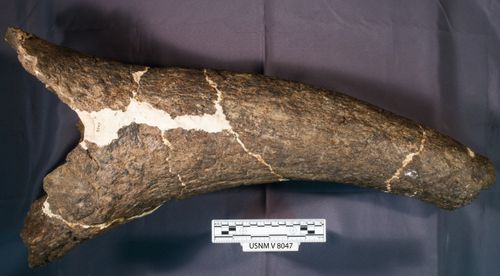 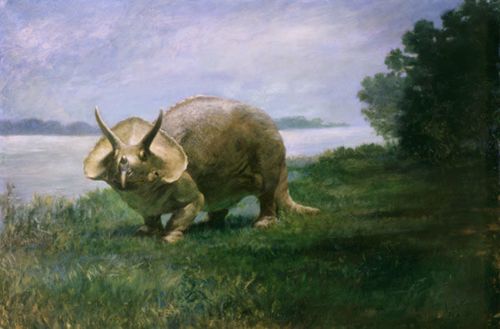 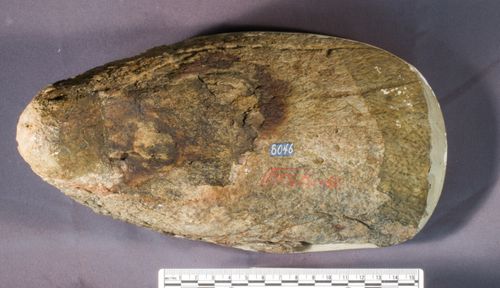 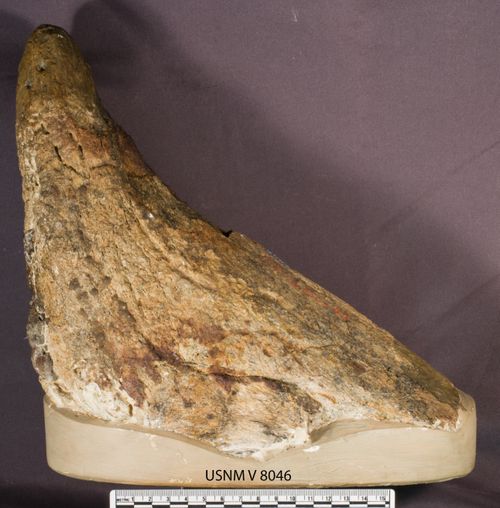 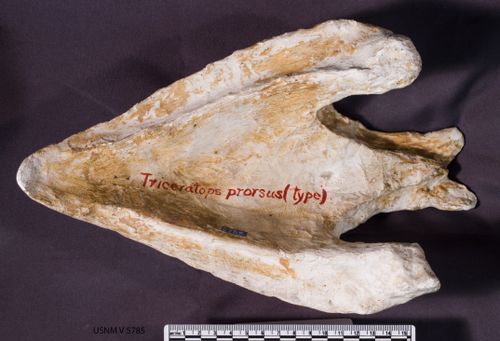 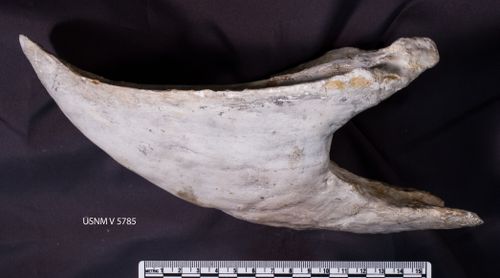 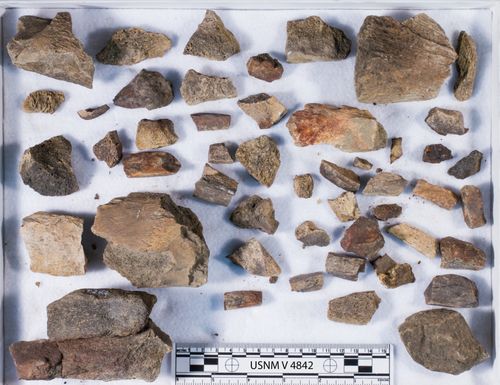 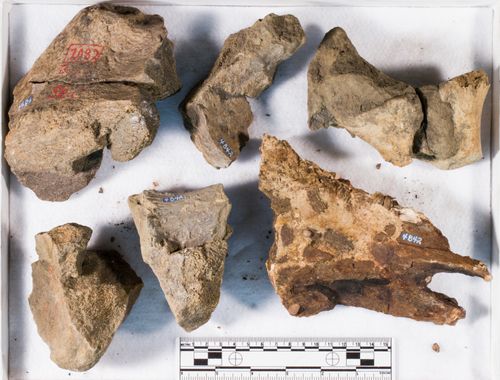 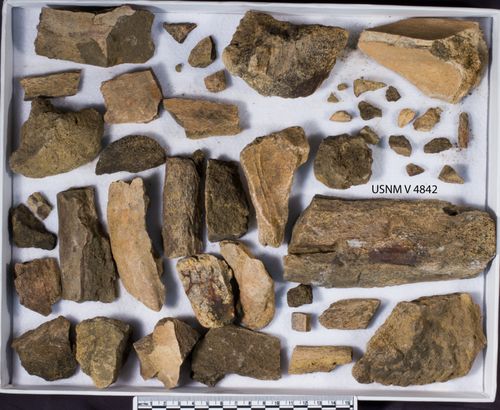 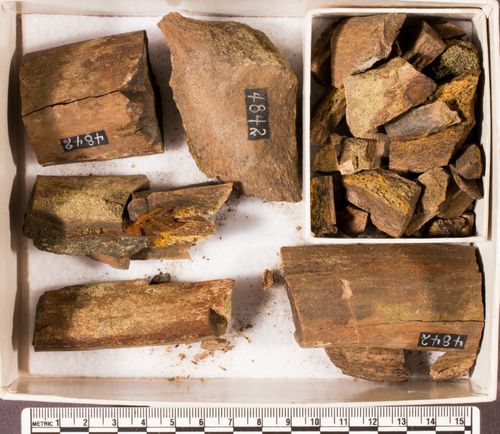 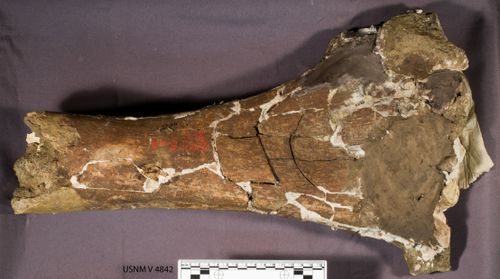 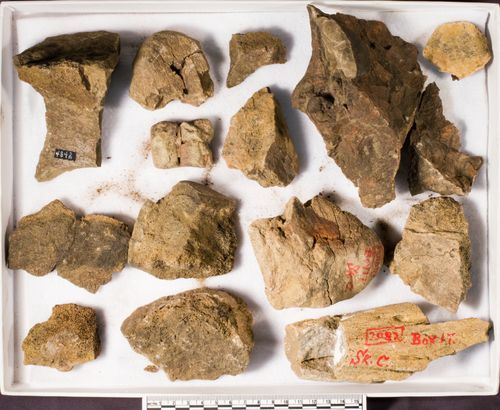 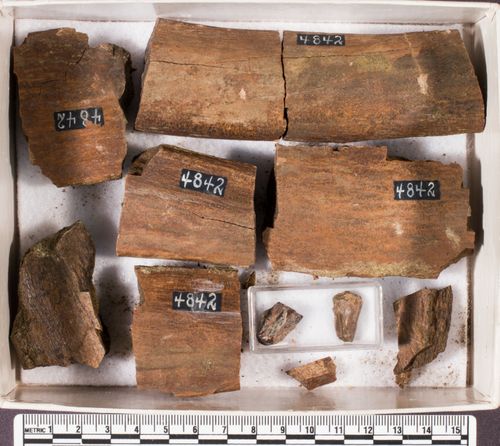 A second skull of this genus, fully adult, and of nearly equal dimensions, was secured at the same time as the specimen last described. It is in excellent preservation, although somewhat distorted, and evidently belongs to a distinct species. The nasal horn-core and the rostral bone are in position, and perfect. The former is very large, and is directed straight forward, its upper surface being nearly on a line with the superior face of the nasals. It is somewhat oval in transverse section, and pointed in front, the apex being directly above the anterior extremity of the rostral bone. It is so firmly coossified with the nasals that no trace of a suture can be observed. Its external surface is rugose from vascular impressions, indicating that it was covered by horn, thus forming a most powerful weapon. The huge frontal horn-cores are more massive, and less slender, than in the species above described. The parietal crest is not so broad as in the two species last described, but appears to resemble more strongly that of Triceratops horridus, its sides being inclined downward, as if to protect the neck. The rostral bone, likewise, is very similar to that in the last species, but is somewhat more compressed. The two forms may be readily distinguished by the nasal horn-core, for in T. horridus, this is comparatively small, and points directly upward, instead of straight forward, as in the present species. With this skull were found several cervical vertebrae, and some other portions of the skeleton. The atlas, axis, and third vertebra are firmly anchylosed with each other, and their ribs, also, are coossified in the same mass. This union, unknown hitherto among the Dinosauria, was evidently rendered necessary to afford a firm support for the enormous skull. The remaining cervical vertebrae are short and massive, and the articular faces of the centra are concave or nearly flat. The present specimen is from the Laramie of Wyoming, and was found in the same vicinity as the skull above described.