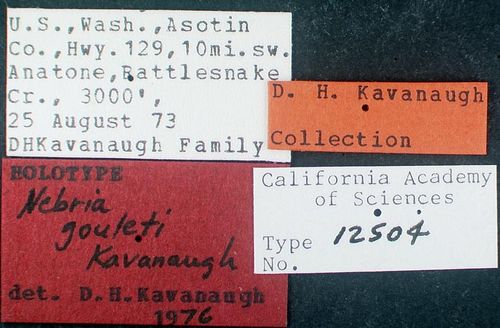 Macrohabitat: Lowlands, 200 meters altitude. Microhabitat: Gound-dwelling. Dispersal abilities: Brachypterous, hence flightless thus vagility limited to walking or running. Seasonal occurrence: Adults have been found in February- March. Behavior: Adults of this genus are found exclusively in forested or woodlot areas, even small coppice, principally in Nothofagus and Araucaria forests, woodlots, their edges, or in thickets with proximity to farms and ranches. They are dwellers of the ground, hiding themselves during the day under downed decaying trees, leaf litter, or stones. They are brachypterous and predaceous. Larvae occur in the same microhabitats as the adults. (Erwin, 2001; Jiroux, 1996)