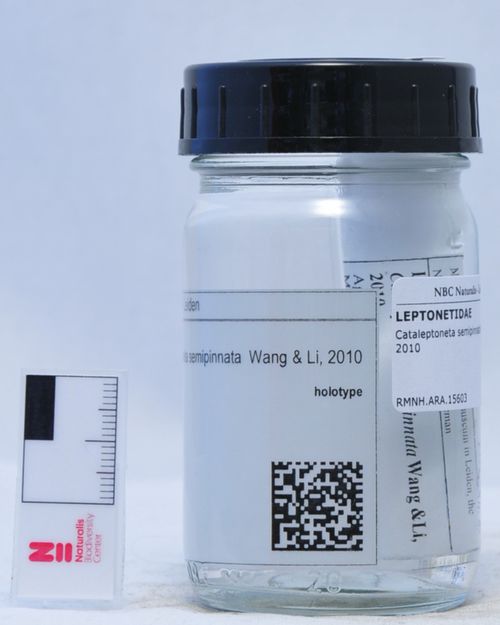 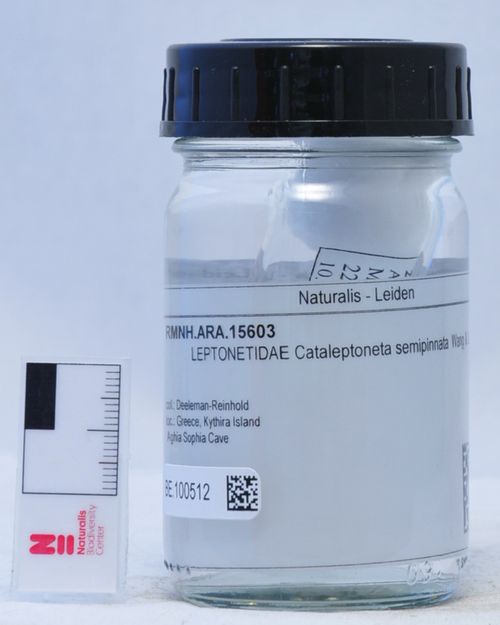 Diagnosis. This new species is similar to C. aesculapii (Brignoli, 1968), but can be distinguished by the palpal femur armed with eleven spines retrolaterally, which erected from small tubercles (Figs 5 D, 7 A), the palpal tibia with one digitiform apophysis prolaterally (Figs 5 C, 7 B), three strong spines and two, pudgy spines retrolaterally (Figs 5 D, 7 A), and the palpal bulb with one half pinnate-shaped median apophysis in the male (Figs 5 C, 7 B).

Etymology. The specific name is derived from Latin “ semi ” and “ pinna ”, meaning “ half ” and “ pinna ”, and refers to the half pinnate-shaped, chitinous median apophysis of the male palpal bulb; term in apposition.