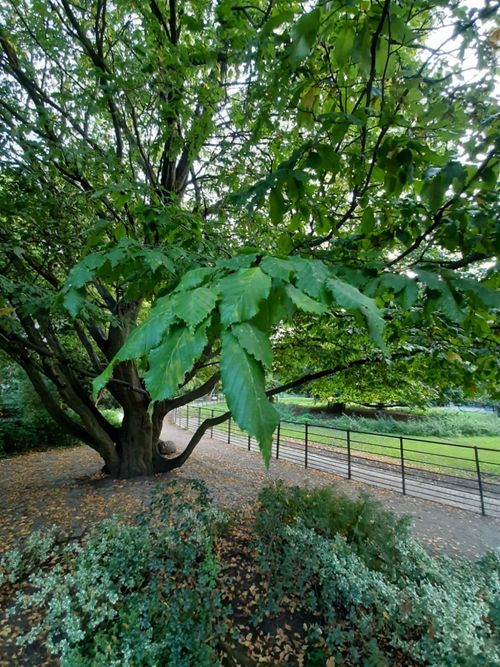 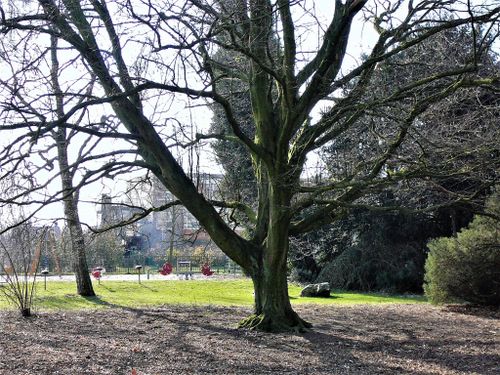 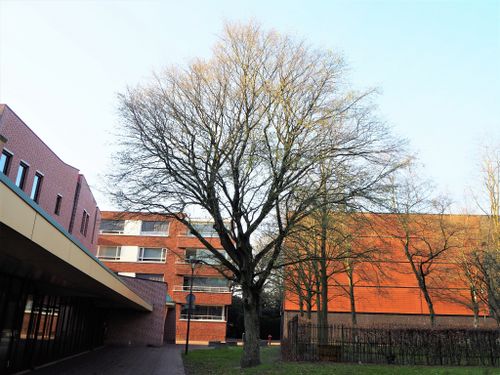 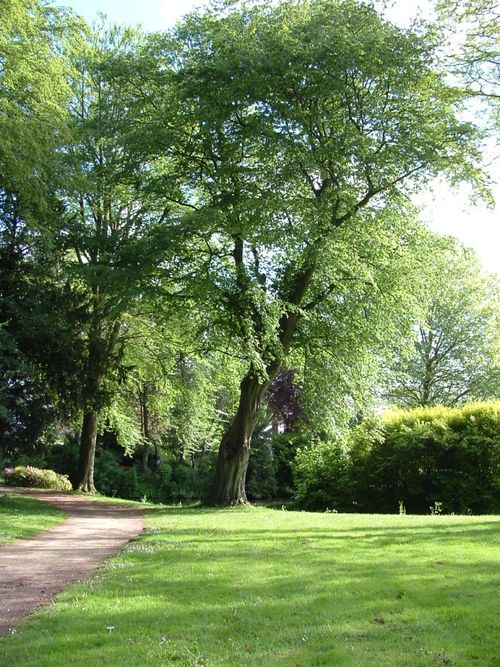 C. betulus var. quercifolia hort. ex C.F.Ludw. (Ludwig 1783). – C. quercifolia (C.F.Ludw.) Desf., Tableau de l’École de Botanique: 213 (Desfontaines 1804). – C. betulus f. quercifolia hort. ex K.Koch, Dendrologie 2, 2: 3 (Koch 1873) nom. inval. pro syn. – C. betulus f. quercifolia (C.F.Ludw.) C.K.Schneid., Illustriertes Handbuch der Laubholzkunde 1: 140 (Schneider 1904). – C. betulus var. quercifolia (Desf.) Tzvelev, Flora Vostochnoĭ Evropy 11: 91 (Tzvelev 2004) nom. illegit. (later homonym). – Original citation: not localized. – Type: Paris Botanical Garden [cult.], s. coll., s.n. (neo-, designated here: P06747373!). – Note: the oak-leaved hornbeam is an early mentioned cultivar that is usually attributed to Desfontaines (1804: 213). However, the mutation was known before 1783 when Ludwig published an oak-leaved, C. betulus var. quercifolia. The short description by Ludwig (1783) was actually the English name, under which it was supposedly sold in an English garden catalogue. Ludwig (1783) cites four English catalogues in the preface and mentions that he did not translate any name himself. The name ‘Quercifolia’ does not appear in the Loddiges catalogues (Loddiges 1779, 1783), while the remaining two could not be examined by the present authors. Therefore, it might be possible that the name was published validly even before. As all treatments deal with the same taxon, Art. 41.4 (McNeill et al. 2012), applies. The specimen chosen as neotype is likely to represent what was and still is understood under this name. The end of the left branch on the neotype has strong affinities to the cultivar ‘Incisa’, showing that these two may not always be readily distinguished. Already Koch (1873) considered the two names as the same. However, for now, it deems the present authors best to keep these two names separate.