We’re sorry, but GBIF doesn’t work properly without JavaScript enabled.
Our website has detected that you are using an outdated insecure browser that will prevent you from using the site. We suggest you upgrade to a modern browser.
{{nav.loginGreeting}}
How to link datasets to a project

How to link events and news to a project

Nepal's central situation in the Himalayan biodiversity hotspot combined with its extremely wide elevation and climate gradients gives rise to a unique assemblage of species. However, Nepal's endemic plant species, predominantly found in the high mountain regions, are thought to be seriously affected by predicted climate change and biological invasion. The threat from invasive species to Nepal's agricultural sector is among the highest in the world, and many natural habitats and internationally protected sites are also under immediate threat from the spread of alien plant species.

This project aims to mobilize occurrence data of alien and endemic plant species to fill the geographical gaps in biodiversity information and inform policy for national conservation priorities. Utilizing historic data held by the National Herbarium and Plant Laboratory and Tribhuvan University Central Herbarium in Kathmandu, Nepal, more than 9,000 invasive, naturalized and endemic plant species will be digitized. In addition to adding occurrence datasets to GBIF, the project will produce accompanying data papers in peer-reviewed journals. Through these outputs, a catalogue of alien and endemic plant species of Nepal will be prepared with the combined goal to achieve greater accessibility of Nepalese biodiversity information.

To guide and monitor the project activities a management committee was formed and have met several times. Since May 2018, work has been focused on updating and validating checklists of alien and endemic plant species. A finalised checklist of 180 alien and 313 endemic plants of Nepal based on previous databases and publications has been achieved. Herbarium specimens have been successfully sorted from both collections and progress has started on photographing, scanning and checking herbarium specimens by experts. As part of this goal to digitize records, a photographic facility has been set up at TUCH.

From the checklists produced as part of this project (see final report Appendix 1 and Appendix 2) and species recorded in the region on the GBIF platform, the team have identified species which have been poorly represented in past collections. To this end, a field collection to two mountainous districts in Western Nepal was organised for two weeks in September 2018 with participants from partner institutions. By filling the gaps in the record collections, it is hoped that a more complete list of digitized species data will be attained. The project will now move to publish datasets as well as preparing a data paper which will be shared at a result workshop in March 2019.

The project activities and outcomes were communicated among partner institutions and other stakeholders during two meetings - Inception Workshop at the beginning of the project and a Results Sharing Meeting at the end. As all the occurrence data captured during the project have been published in GBIF the project has ended successfully.

5266 specimens of alien plants and 304 specimens of endemic plants has been digitized during the project, and the total of four datasets have been published here on GBIF (an alien and an endemic dataset for each of TUCH and KATH). The remaining specimens have the adequate information for digitization and databasing. All the digitized data has been managed in two national institutions, TUCH and KATH. TUCH datasets was published using Integrated Publishing Toolkit (IPT) of the Taiwan Biodiversity Information Facility (TaiBIF), while the International Center for Integrated Mountain Development (ICIMOD) hosted KATH datasets also using IPT. In addition to this, the project compiled herbarium information of the endemic species to prepare a 'Herbarium Catalogue of the Endemic Plants of Nepal'. The catalogue is based on data from 1930 herbarium specimens and is to be published in November 2019. Two data papers are being prepared to be in journals by the end of December 2019. 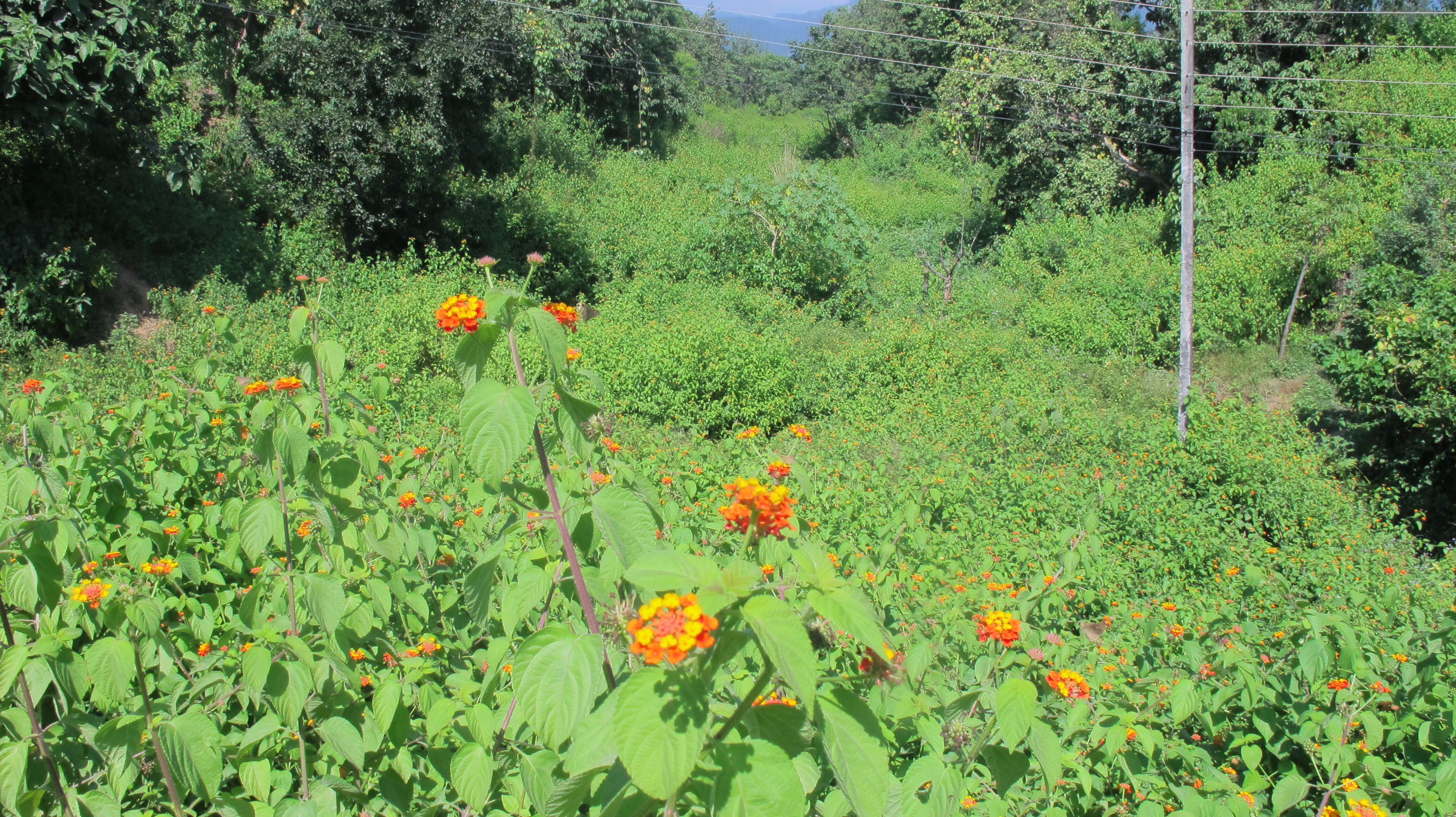 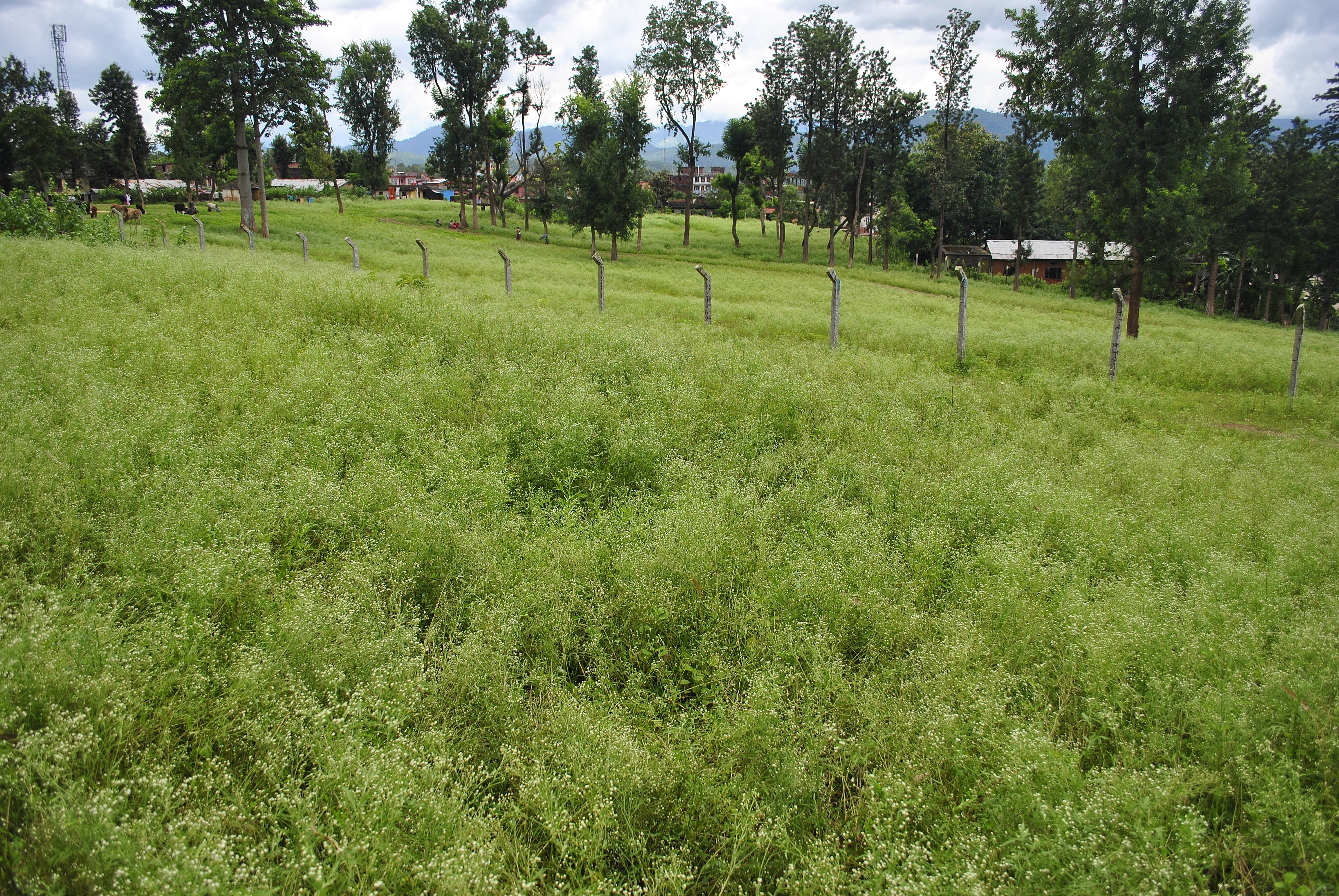 Invasion of community grazing land in western Nepal by Parthenium hysterophorus (Asteraceae) resulting in the reduction of forage production.