This feature is also published in the GBIF Science Review 2019, which highlights important and noteworthy examples of the use and reuse of GBIF-mediated data in research and policy.

Preserving the genetic diversity of cultivated plants and domesticated animals, as well as their wild relatives, are priorities of several international agreements including the United Nations Sustainable Development Goals (SDG) Target 2.5, Aichi Biodiversity Target 13 and the Global Strategy for Plant Conservation Target 9, and Article 5 of the International Treaty on Plant Genetic Resources for Food and Agriculture (ITPGRFA). To be able to measure progress against these targets, a number of indicators have been proposed and/or deployed.

Colin Khoury of the International Center for Tropical Agriculture (CIAT) in Colombia has been involved in the development of one of these indicators.

“When I looked at the existing indicators, there were deficiencies, both in methodology and in data. Many gave a static number, but no indication of whether that was enough. It doesn’t tell you that much and it doesn’t tell you when you’re done”.

Khoury, who started on the practical end of agriculture as a farmer, returned to academia and got involved in research in agricultural diversity conservation. During his years as a PhD student he spent time at the seed bank at CIAT—home of the world collection of beans and cassava—developing a gap analysis methodology based on modelling species occurrence data that could help CIAT and other seed banks determine the completeness of their collections.

“We finished our project with reasonable results—but we thought the gap analysis had further potential. In 2017, the Biodiversity Indicators Partnership put out a call for additions to indicators for Target 13. We proposed our method and received funding for a nine-month project to develop the indicator.”

Described in detail in a paper in Ecological Indicators, the proposed methodology involves simple and reproducible steps—all relying on open data. First, they create a dynamic list of relevant species for which they download occurrence records from GBIF and from seedbank databases. Using these combined with climatic covariates, they model the potential distributions of all species. By comparing the distributions with existing germplasm collections and designated protected areas, they derive a conservation score from which the indicator can be calculated at national, regional and global scales. 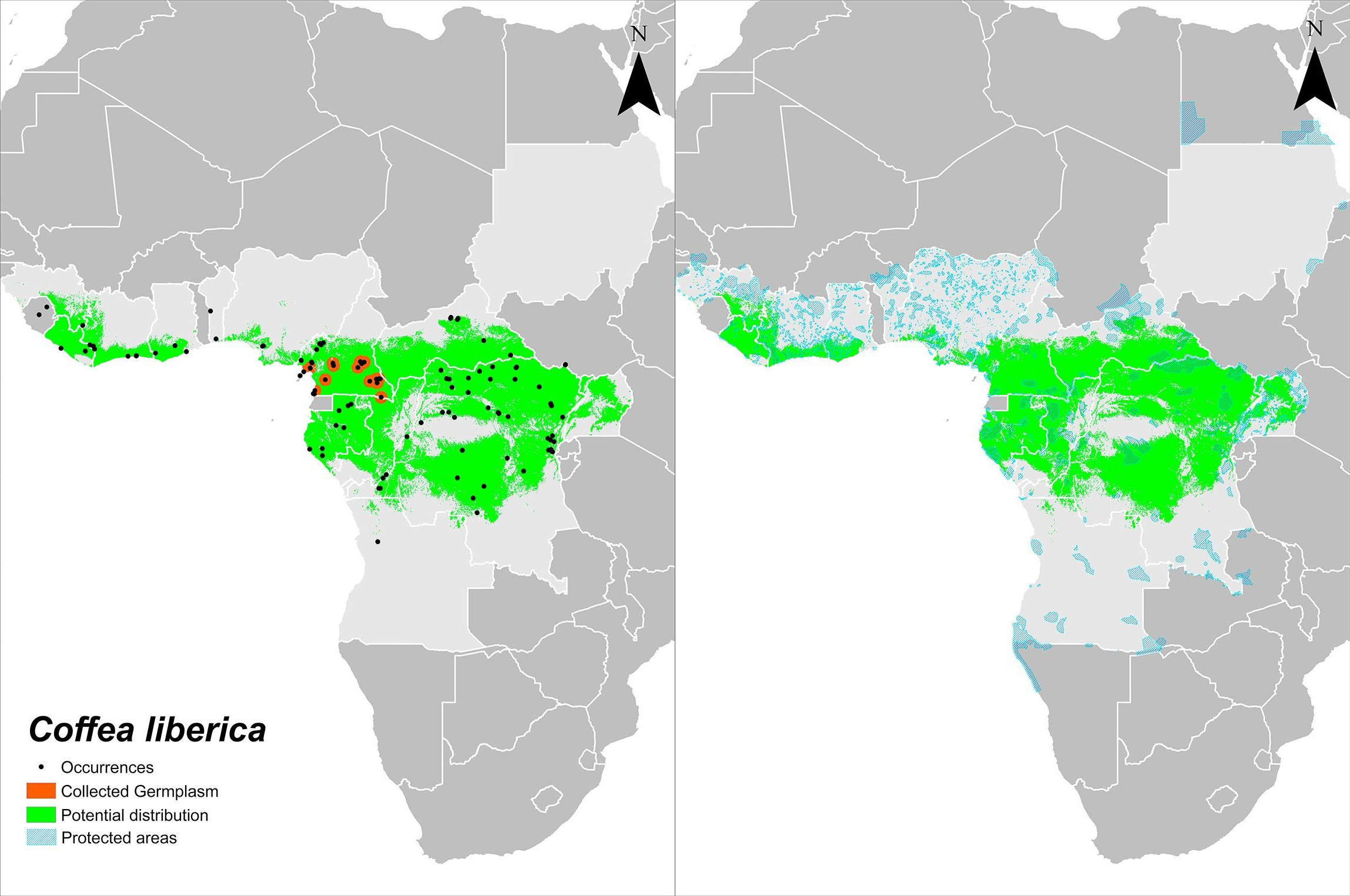 Following a recent update of the World Database on Protected Areas, Khoury and colleagues have now redone the analysis and the indicator has been formally accepted.

“This is exciting news! Our indicator will be included in the Biodiversity Indicators Partnership website, which is a resource for national representatives to report progress on these targets—in our case, on Aichi Target 13.”

To allow complete openness and transparency, Khoury and this team released all the data compiled and produced in the paper as part of a data paper published around the same time. They also created an interactive version of the results that can be explored online. This insistence on accessible information demonstrates how passionate Khoury and his institution are about open data—and he fully acknowledges that without GBIF, there would be no indicator.

“I fell in love with seeds and diversity in agriculture at the beginning of my career. Since then I’ve focused on three things: how to take care of it, how to use it for good purposes, and finally how to raise awareness by making sure everyone has access to as much as possible.”

He concludes, “GBIF is one of the ways we understand living diversity—If you can’t access information about it, how can you possibly preserve it?”