Nipah virus is a rare, fatal and highly virulent pathogen currently making the global headlines, as an outbreak in May 2018 in India has seen at least 18 people infected of whom 17 have died.

A relative of the Hendra virus, taking its name from the Malaysian village in which the virus was first isolated from pigs, Nipah causes encephalitis in the infected. Flying foxes (Pteropus sp.) are the presumed wildlife reservoir of Nipah, and consumption of raw date palm (Phoenix dactylifera) sap contaminated with Pteropus urine or saliva is believed to be a main risk factor.

In a study published last week, researchers from Texas State University combined biosurveillance data with GBIF-mediated Pteropus occurrences to create models mapping infection risk hot spots in South and Southeast Asia while identifying enviromental features associated with increased risk. Their results showed high risk of disease in a combined area of near 3 million sq. km, or 19 per cent of the total study area.

The current Nipah spillover in the Kozhikode district of Kerala, India, coincides with a risk hot spot predicted by the models generated in the paper. 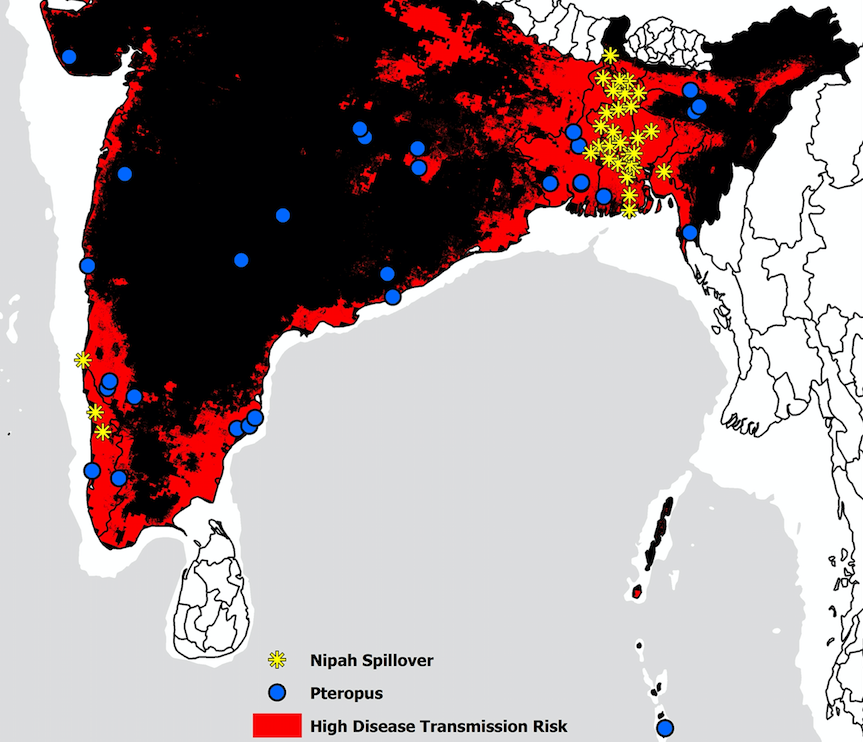 Image showing transmission risk and spillover events in India - cropped from figure S1 in the original article (licensed under CC BY 4.0)